What to expect from India Art Fair 2020?

The 12th edition of the India Art Fair will showcase over 75 exhibitors spanning 20 different global cities. The format has also been extended to include live performances and events across the Capital. There is also a platform for talks and panel discussions which positions artists who are at the core of the fair.

The India Art Fair has put India on the map as a promising market for art which previously the world may have not realized; your thoughts on this.

If people think that in our own small way we have made a contribution to the art sector, then I am happy. It’s fair to say it’s been quite painful, but it’s something we needed to change in the approach. We are part of larger world of art, and everyone has a small role to play within it.

The India Art Fair has an important role to play in the contemporary Indian Art scene and creating the primary market. It also has a role to increase interest in the South Asian art scene, not just internationally, but also within the Indian audiences, which is the first group that needs to be developed.

Whether the hypocrisy of the church, corruption of the upper class or repression of sexuality in a country that has Khajuraho, artist #FNSouza strongly believed that society’s destructive aspects must be aired and confronted. 👑 💏 • Be sure to see the Goan legend’s work – brought to you by @Artpilgrim_Live – at #IndiaArtFair 2020, less than a month away! #BookTicketsNow

How have you managed to achieve this?

Jagpal: We’ve done this through having a strong team on the ground, a great programme and being clear that the fair has been inspired by India’s cultural heritage while maintaining a modern day identity.

Our aim is to make the India Art Fair a one stop shop for people who are interested in South Asian Art; and I think we’ve moved in the direction of achieving that and maintaining the Indian identity of the fair.

Indian galleries and institutions make up a minimum of 70 percent of total floor space, representing the fair’s strong commitment to the region’s art. Comment.

Jagpal: While I’m fair director there’s a minimum of seventy percent for Indian galleries showing South Asian Art. It’s very important for us to support the galleries here and it’s really important for us to have a fair which has a strong identity as opposed to just being another generic international fair with a mix of art.

Do you think this has gone far to support the morale of artists in the region and create a demand for South Asian works?

Jagpal: The feedback I get is yes, and I really hope so, because the intention is that. If there is a guarantee that there is a fair amount of South Asian Art, then that will attract international galleries who represent South Asian arts works and artists.

Because there are not many opportunities for this.

There are not that many large scale fairs and exhibitions of South Asian and Indian art, so the fair also has a secondary role to play-it’s not only about buying we also want people to see your works in the first instance, and in the second decide whether or not they are able to buy.

With installations and performances inspired by the feeling of community, @Britto_Arts_Trust artist #YasminJahanNupur’s work often explores social values of those deprived of social benefits, like women and migrants.

What are you looking forward to personally in this edition, and any specific pieces or artists you are interested in?

Jagpal: I think there are a couple of things-one thing I am please about and grateful for, is that the BMW Art Car is coming, and their company is supporting me now for now in my third fair and the fifth year in total.

We also have the tent façade being designed by a young contemporary Indian artist, that will be the biggest canvas in Delhi at the time.

We also have some artists in residence, in addition to having workshops. We have workshops for everything from drawing to illustration to paper making. We are continuing on with our performance arts programme this year.

We also have a Nigerian artist, who deals with human rights and freedom of expression flying in, so looking forward to his piece.

There’s also a lot of activities that go on around Delhi in addition to the fair, openings, exhibits, smaller events, we try and light up Delhi a little bit. It’s important to give people who are visiting Delho to see as much as they can during their time here.

Would you agree The Art Fair is a great place for art appreciation, information, study and networking?

Jagpal: I think it is; one of the things we have done is used our social media, our website, and other elements throughout the year to promote as much as we can the artists in their studios and the art making.

We also have parallel programme throughout the year which keeps people up to date and informed about exhibits and happenings in different cities. We also support the public museums

At the fair does we give information and people attend the talks and art projects, this leads them to be curious and study. The feedback we get is that people gain an all around experience which allows them to develop their own interest in art. 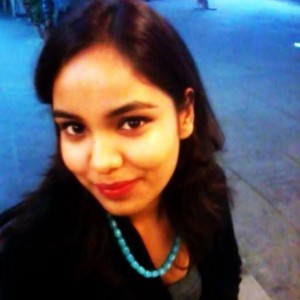