List of most popular & best celebrity Fashion Designers in India

In the 21st century where fashion has become a sought after field for so many youngsters. There are so many celebrity fashion designers who have been inspiring the youth all over the country. All known stars from Kareena Kapoor to Madhuri Dixit to Alia Bhatt, have been wearing designer clothes from these famous designers. Here is a list of some celebrity fashion designers in India:

Sabyasachi Mukherjee was born in Calcutta and has been now designing costumes for various Bollywood films such as Baabul, Guzaarish and English Vinglish. His stores are located in Kolkata, New Delhi, Mumbai and Hyderabad and internationally in California, Atlanta, London and Dubai. He is the only Indian designer who was offered to showcase at Milan Fashion Week 2004.

Manish Malhotra has been working as a fashion designer for not only Bollywood but Telugu cinema, Tamil cinema and Hollywood too. His brand offers a wide variety in bridals, couture, diffusion and men’s wear collection. He has two stores in Mumbai and New Delhi and retails across India and Dubai. He has been offered many awards including the Stylish Designer of the Year.

Anita Dongre is the founder of House of Anita Dongre, an Indian Fashion House. She designs under four different brands including AND, Global Desi, Anita Dongre and Anita DongreGrassroot. She has also launched her jewellery and has been felicitated with the award for Excellence in Fashion Design and Entrepreneur of the Year in 2014.

Bibhu Mohapatra is a New York based Fashion Designer and costume designer but is known among the celebrities in India who are often seen wearing his designed clothes. He has been featured in Vogue, Forbes, Wall Street Journal and New York Magazine among many others. He has been given the Young Innovator Award.

Neeta Lulla has worked for more than three hundred films including Devdas and Mohenjo Daro. She has been showcased at Lakme Fashion Week. She designed for Abhishek Bachchan and Aishwarya Rai’s wedding. She has been awarded the Fashion Designer of the Decade and Kingfisher Fashion Award in 2005.

Ritu Kumar is an Indian Celebrity Fashion Designer who has designed for Princess Diana, Priyanka Chopra, Lara Dutta, Deepika Padukone and Madhuri Dixit Nene. She received the Padma Shri award by the government of India for her work as a fashion designer.

Sanjay Garg is one fashion designer who believes in minimalist design work. He has been working with the hand-loom sector for about five years now. He has launched a label named ‘Raw Mango’ in his name in 2008 which is a collection of dupattas, sarees, and stoles.

Sandeep Khosla is a noted fashion designer in India who works mostly in association with Abu Jani. He infuses Indian craftsmanship with European tailored silhouette. He has won the National Film Award for Best Costume Design for Devdas.

Abu jani is the costume designer associated with Sandeep Khosla. They work together under the association Sandeep Khosla – Abu Jani and have designed for people like Priyanka Chopra, Deepika padukone, and Sonam Kapoor.

Gaurang Shah is one fashion designer in India who strongly follows and propagates ‘Make in India’ bandwagon. He uses pure zari on his cotton and silkdesigns. He has designed for celebrities like Sonam Kapoor, Vidya Balan and Diya Mirza.

Payal Singhal works for the services of her bridal and occasion wear clientele. She follows the modern, contemporary aesthetic. She has been working for the last two decades to bring about a visible change in the ethnic wear.

Tarun Tahiliani has with his wife co-founded Ensemble which is India’s first multi designer boutique in 1987. He brings together traditional aesthetics with modern design. He is famous for his bridal wear collection.

Ridhi Mehra is a Delhi based designer who graduated from NIFT and did her post graduation from University of Nottingham, United Kingdom. She launched a womenswear label in 2012. She designs footwear, accessories, menswear and lifestyle products.

Masaba Gupta is a well-known name for her collection ‘Wanderess’. She has collaborated with Maybelline, New York to produce a collection of clothes. She has been the first fashion designer to do a fashion show via Instagram.

Shantanu is yet another celebrity fashion designer whose name has been primarily associated with Nikhil. Both of them integrate Indian tradition with Western expression.

Nikhil who is Shantanu’s co-designer, has worked with him to collaborate with celebrities like Deepika Padukone and many more. These two have been known to work towards breaking stereotypes.

Suneet Varma is a very eminent fashion designer who launched his first couture collection in 1987. He has a boutique in Delhi, DLF Emporio which he inaugrated in 2009. He has collaborated with various brands including Judith Leiber and BMW.

Anju Modi is the fashion designer who designed for Bajirao Mastani and Ram Leela. She was felicitated by the Filmfare Award for Best Costume Design in 2016. She also won an Asian Film Award for the same category.

Pratyusha Garimella is a graduate from University of Warwick and is a self taught designer and is based in the city of Hyderabad. Her signature designs are floor length Anarkalis and Lehangas.

Ankur Modi is an Indian Fashion Designer who collaborates with Priyanka Modi to bring out beautiful designs.

Their label AM:PM is out now and works on the major principle of minimalism. They have worked with French labels and have an international exposure in the Indian market.

Asmita Marwa is an Indian Fashion Designer who has been rated by Vogue as one of the nine top up and coming international designers. Her fashion label is sustainable and use ethical norms and practices.

Archana Rao is yet another celebrity fashion designer in India who has worked her way with a lot of Indian celebrities.She has won the Best Design Collection in 2007 during her graduation. She has launched her own label ‘Frou Frou’ in 2011. 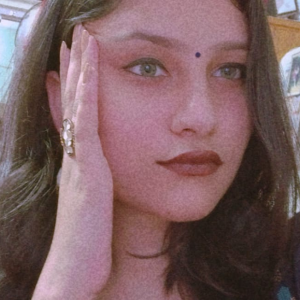 Rudy Bundini to be the new face of Nike