Have you ever felt a deep connection with a book? The kind of connection where you are vulnerable yet strong. Have you ever stayed up all night reading a book, even when your eyes were screaming for sleep? Did it ever happen that you took some time to come out of the fictional world created by the writer? Didn’t the reel world feel more real?  Last summer, I came across such a book- ‘The Kite Runner’. I vividly remember wiping the slow stream of tears flowing from my eyes throughout the book. I felt a deep void in my heart as I read the climax and pure ecstasy in the end. While reading the last sentence of the last page, I knew something inside me had changed. I felt that I knew the people, culture, and the city I had never visited. Books do this to people. Right? A well- written book makes the reader fall in love with it. These books are about ordinary people and their stories which are somewhere lost in this ever-changing world. It’s about you and me.  Apart from all this, a good book teaches you great lessons. So here are a few life lessons that I have learned from ‘The Kite Runner’ –

1. Children aren’t coloring books. You don’t get to fill them with your favorite colors.

If life were the sky and you were a bird then childhood would be your wings. Humans have a lot of expectations from themselves as well as from others. They tend to project their expectations even on an unborn child. Society and parents’ expectations begin to build up as an infant grows into a kid. The original dreams of the children are dissolved in fulfilling these envisioned dreams. The child is not their parent. It’s completely okay if children don’t fit in the large shoes of their parents. Perhaps, they were meant for another pair! If every child got the freedom to do what (s)he wants to do, the world would have been a different place. In the early and innocent days of life, it’s important that the children get to fill their choice of colors. We need to learn to accept people as they are.

2. There is always a way to be good again.

Amir carried the guilt of his wrongdoings for the most part of his life but he was free like the wind after he did a good deed for his friend, perhaps the right one. He took some time to accept it and muster up the courage, but, eventually, he fought for his friend.  In fact, in the end, all the characters in the book found a way to be good again. ‘The Kite Runner’ is a gentle reminder that one can always be a good human. We all make mistakes. There’s a way to redeem our wrong actions. Today is a new day, a new opportunity. You can choose to be good today.

3. When you tell a lie, you steal someone’s right to the truth.

Broken Relationships, shattered trust, ruined homes, and frustrated humans. Why does all this happen? Maybe, because of one lie. Lies play a subtle role in this book. A lie by Amir’s father changed Hassan’s life. Lying is not a reason for any action. We can always tell the truth. Being honest is difficult but remember that by lying we are stealing someone’s right and we don’t have any right to do that.

When corruption and crimes are increasing in the world, when people choose blandishments over courageous actions, these words are like hope. I hope that someone out there has the nerve to stand against the miscreant. As the strong roots hold the tree, the morals sown in childhood builds up an individual’s personality. If a child fails to learn to stand up for himself/ herself, (s)he will never stand up for others. They will never learn to stand for their beliefs.

5.  Mean every word of the promises you make.

We don’t see many people who stand by their words today. Isn’t it?  Little Hassan teaches us to be kind and believes in what we say. He meant with his heart when he said, ‘For you a thousand times over’. Such people are not only rare, but they also love us for what we are. It’s difficult to be as forgiving as Hassan but we can try. Can’t we?

6. We wallow too much in self-pity and give in to loss, to suffering, accept it as a fact of life, even see it as a necessity.

When I saw Amir wallowing in self-pity, I knew what he was going through. A few years ago, even I pitied myself and now, I think that’s the worst thing I have done to myself.  If we stop pitying ourselves, we can do anything, literally ANYTHING. We experience what we think. Our thoughts drive our life. None of us would want to live a life full of loss and suffering. Would we? Self- pity doesn’t do any good to us. Instead of feeling sorry for ourselves, we need to look at the bigger picture and get out of the box that we have created.

Zindagi Migzara, they say, life goes on. This is, indeed, an unraveling lesson of ‘The Kite Runner’. The ups and downs of Hassan and Amir’s life are riveting. From running behind a kite to running away for their life, theirs was a roller-coaster journey. Life doesn’t come to a halt on the worst or the best of the days. We all cry and fall down, that’s okay, but then, what matters is if we bloomed again when the sun came out. That’s life! Unmindful of beginning, end, success, crisis, moving forward is important. Life continues to move on, so should we.

The Kite Runner by Khaled Hosseini is a story about two Afghan boys living in the 1970s. Amir, a twelve-year-old boy who is engrossed in books is desperate to gain his father’s approval. He decides to win the local kite- fighting tournament. Hassan, his loyal friend, and a low caste servant who is jeered at in the street promises to help him win. Their friendship, childhood, and ultimately their lives change due to an incident that occurs in the afternoon of the tournament. Amir is forced to flee to America with his family due to the Russian invasion. One fine day, a letter makes him realize that he needs to go back to his home to gain redemption.  It’s a story about two children whose childhood shattered because of the politics of their region. 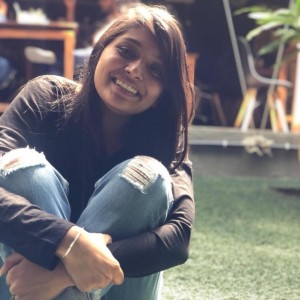