From culture to traditions, India is a diverse country with different people and different lifestyles. The country has a diverse culinary culture too. Every state has a different cuisine to offer and a story behind it to tell.

Dhansoo Cafe brings together the taste and stories behind the culinary specialties of almost all Indian states under a roof.

Situated at Sangam Courtyard, the place offers Indian regional food with mix of exploration and experimentation, and brings to you the versatility from Indian cuisine all over the region.

Located on the ground floor, the cafe gets noticed from a distance because of the façade that has ‘Dhansoo’ written in four languages. 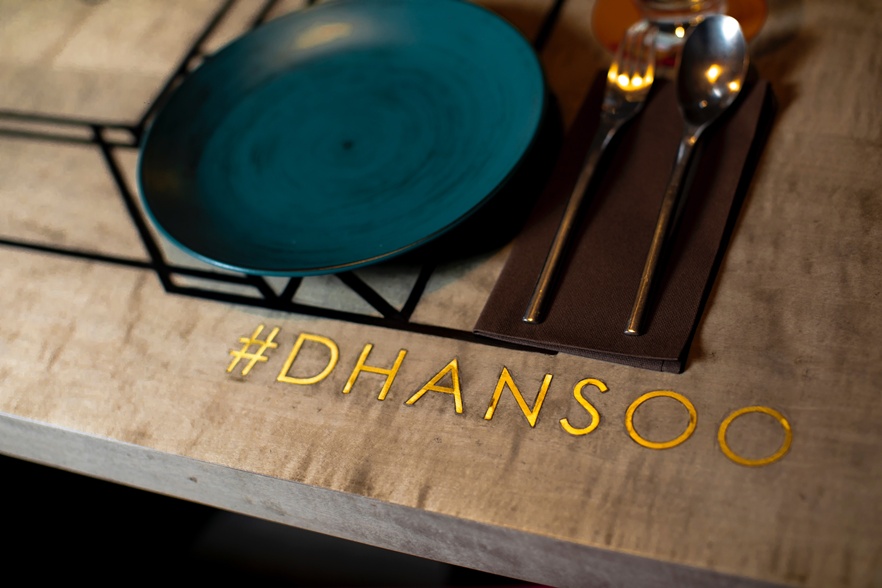 The name and food at the cafe is as Indian as you may think but the whole feel, minimalistic decor and ambience of the place gives it a European outlook. Soothing, live music is another highlight of the place.

Dhansoo Cafe has an elaborate A La Carte menu which serves signatures and original food from almost all the Indian states that brings back the legacy and lost stories around it. It includes dishes like “Litti Chokha”, “Moth Kachori”, “Bamboo Rice” and “Kottu Roti”, which do not usually find a place in menus of upbeat cafes. However, there are a few continental dishes included in the menu in case someone craves for it. 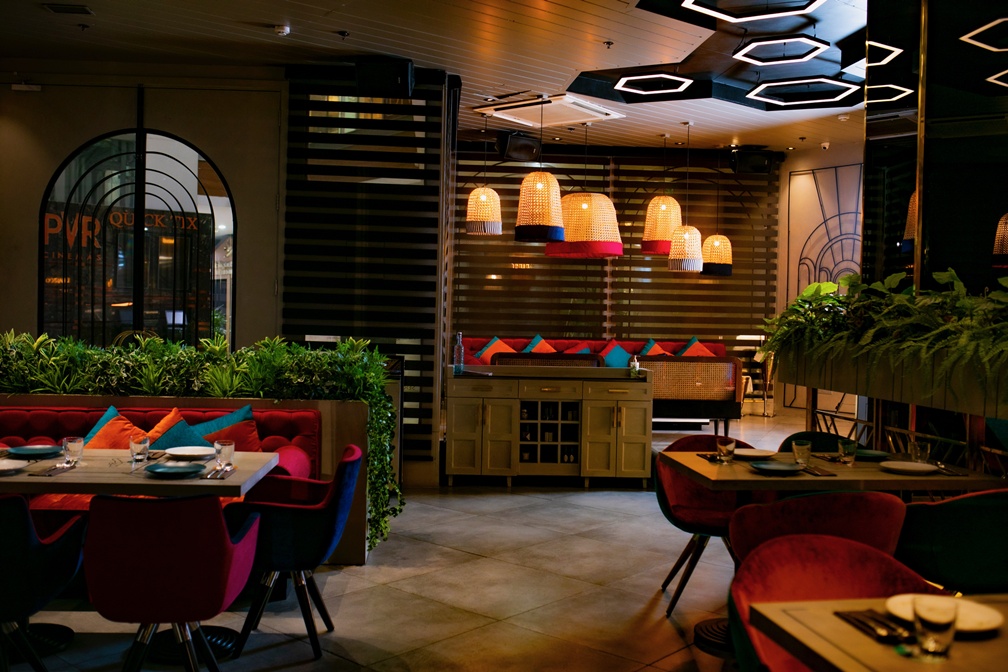 It also has a full-fledged bar that serves exotic cocktails and fusion drinks apart from regular alcohol options. We tried “Pisco Sour Infusion” — a cocktail of Peruvian origin with kaffir lime and lavender made in grapefruit and lemongrass flavour. The drink is best for those who like the balance of sweet and sour.

Another option for those who like their drinks sweet is “Rasmalai Punch”. The cocktail is like our very own Indian sweet “Rasmalai” put in the form of liquid, made of Bailey Irish cream, vodka, kahlua, green fairy absinthe. 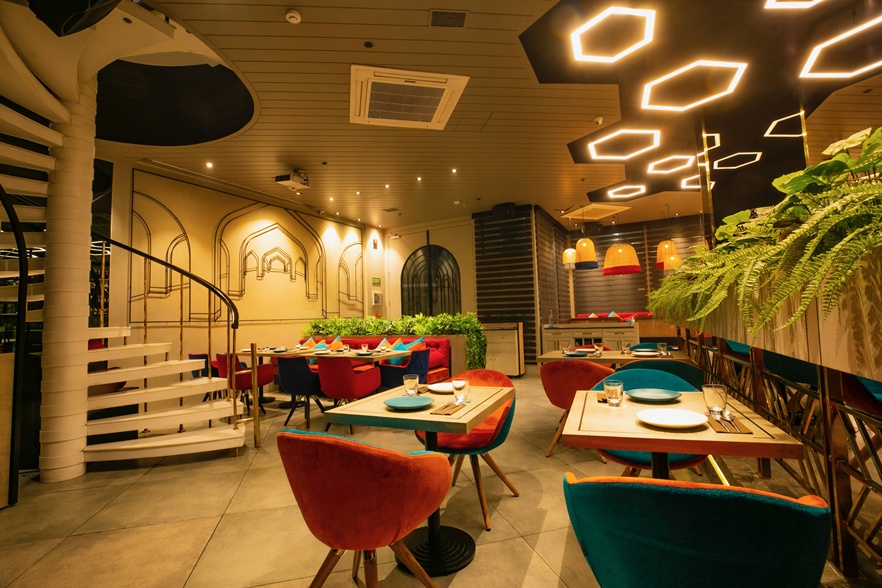 To start with, we tried from the “Dhansoo Bhel” made with peanuts, curry leaves tempura and Thai Salsa from the vegetarian section.

From poultry, we tried “Chicken Malai Black Pepper”, served with ‘Rumali Roti’. Succulent boneless chicken pieces made in creamy sauce with distinctive taste of black pepper – the dish is worth a try.

Moving to the seafood category, we ordered “Tandoori Jumbo Prawns”, served with mint sauce and spiced onions, and “Koliwada Fried Bhetki” — deep fried ‘bhetki’ fish, marinated with poppy seeds and served with chilli thohcha and chips. It’s an ultimate bet for fish lovers. However, the prawns left us disappointed as it was served cold.

Moving to the main course, the chef chose to serve us “Alleppey Fish Curry”. The dish was served in a big bowl with steam rice and “Dal Chutney”. Thick, orange curry with two succulent pieces of bhetki fish is a good option for those who want to try less spicy food but a riot of flavours.

The next was “BBC British Roast Butter Chicken”, served with “Naan”. This is not to be missed. However, it is going to leave you with a guilt of cheating on your diet as the dish come with large spiced, chicken chunks dipped in lot of butter.

Bringing the elaborate dinner to an end with the dessert, we tried the “Delhi Belly Almond Halwa Quiche”, with the very famous sweet of Delhi “Daulat ki chaat” topped as the mousse.

This article was first published on IANS Life